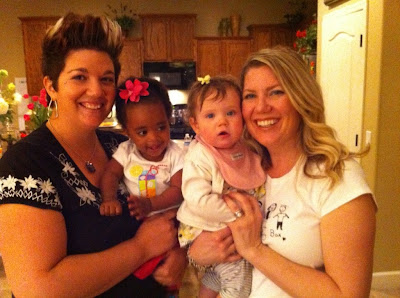 We've had a busy weekend with our friends. On Saturday we went to 3 different birthday party. The first was for Wes' good friend, Denali. Denali lives in our neighborhood and this was the first party that I left the boys at without Adam nor I present. I stayed about 25 minutes and realized that they were going to be just fine without me. Wes thought it was so cool that he was going to hang out with his friends without mom around. I came back to the house empty handed to a very surprised husband -- who was staying at home to take care of Allie during the party. When I explained that they were at the party by themselves he said, "Okay, I think we just need to sit on the couch and process this one for a minute." Our boys are growing up. That makes me sad and happy at the same time. I went back to the party an hour later to find Calvin jumping on the trampoline with a dinosaur mask on his face and a hook on his hand scaring everyone. Wes was running through the house with some kids playing battle something or other with swords. They had a really good time. 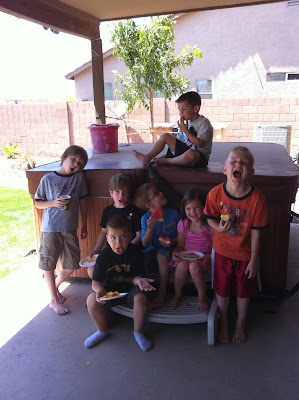 Calvin & Wes at Denali's Party
The next stop was Hayden's party (Calvin's friend). We only stayed for a short while but the boys were able to make their own pizzas. They tasted pretty good too. 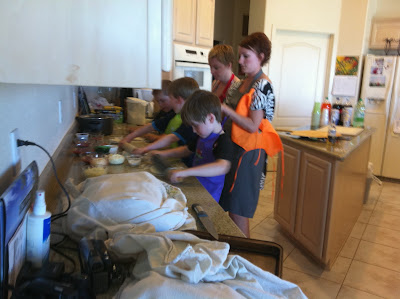 Preparing pizzas at Hayden's party
Our last party was for Ella (Alemitu's friend). Ella is turning 1 next week. Her parents have been some of our best friends since we first moved to Arizona 9 years ago. We always love spending time with them, and the boys enjoy playing with their son Jack who is 2 years younger than Wes and Calvin. At this party we caught up with quite a few of our other friends while the kids watched Toy Story 3 on a huge screen in Ella's backyard. 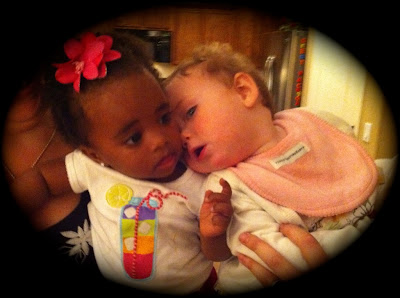 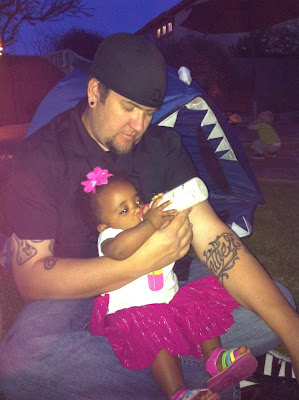 Watching the backyard movie
It was a great day. Today continued to be a lot of fun. We opened up our pool for the summer and the boys did a little swimming (73 degrees -- brrrrrr). This evening we went to the airport to greet our friends Jason and Paige who were bringing their daughter home from Ethiopia. We were so excited to go to the airport and meet Sophie. Paige and I were already planning playdates. 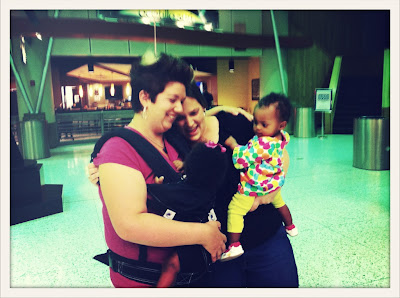 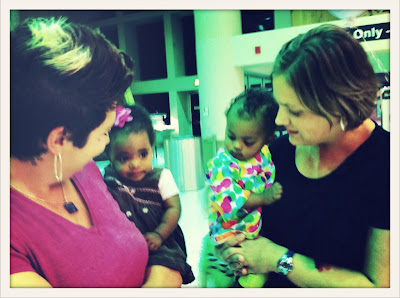 As for Adam, this fun weekend just wasn't long enough for him because on the way to the airport he asked if we could extend it longer. He asked if the boys could skip school tomorrow so we could have another family day and go to a mid-day movie. You don't have to ask me twice! We left it up to the boys (because they are normally disappointed when they can't go to school), and for the first time they were super excited about skipping it. Right now they are watching a movie and having a slumber party in our room. This has been a great weekend!
Posted by Sabrina Fischer at 10:46 PM