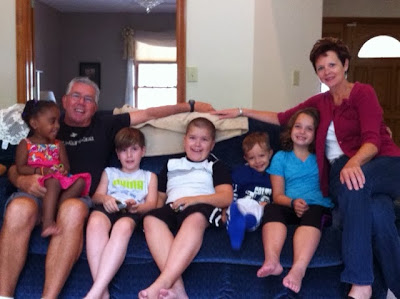 My mom had several free airline tickets, so she offered to pay for me and the boys to visit over Labor Day weekend. Who can say no to free airfare? We had a great time. As always, we were SO busy. If we weren't going places, we were downstairs in the basement playing dodgeball and tag. My mom and older sister just never, ever stop moving and playing. The kids love it! Me . . . well, I love visiting my family, but I come home exhausted.

We took a late flight, and arrived around two in the morning. What did the kids want to do? Go play in the basement. So like good grandparents they are, my parents went down and let the kids play while I unpacked . . . at 2 a.m. They just couldn't get over the fact that my kids weren't tired. Alemitu was even jumping on the trampoline, and of course, talking nonstop. An image of that night that I will never forget is when we were walking in the airport after just getting off of the plane. Alemitu had her cute little book bag on, and when she saw my parents waiting for us at security, she took off running. That backpack was flopping all around, but she just kept running right towards her grandparents. I wish I had my camera out to capture that moment.

The next day, we went to Kings Island. Once again, they were having a heat wave when I came to visit, but we still had a blast and managed to keep cool. Wes was officially tall enough to ride on every, single ride. Even this one:

That kid has no fear. In fact, later on Wes wanted to do the bungee swing. I had done this once with Adam many years ago, and I remember being absolutely terrified. Well, 15 years later, nothing has changed. I agreed to do with it Wes, and I was absolutely terrified. As we were going up, I gave up the "tough mother" image, and started whining/almost crying to Wes, "I don't think I can do this. Wes, I don't think I can do this!" He agreed with me (but he has selective memory about that part when you ask him.) We went so high, much higher than it appears from the ground looking up. I had to be the one to pull the cord to drop us. My hand was shaking so bad, and it took me a few seconds before I built up that courage --- and then I screamed like a baby all the way down. I guess Alemitu told my parents, "Mommy loves it because she is screaming!" I am so glad I did it and am able to share that memory with Wes, but wow, that was terrifying. There is a new roller coaster coming in April 2014, and when Wes read that on a sign, he immediately said we need to come back in April. He loves Kings Island so much.

Alemitu did really well too. Last spring, I put her on a roller coaster that she wasn't ready for. It backfired. She hasn't wanted to ride on anything like that since. So when we went to the area with rides for her age, I had Aunt Tina go with her on a little kid roller coaster. I think we called it the pumpkin ride or something because she kept asking if it was a roller coaster. She was definitely scared at first, but Aunt Tina did a great job, and Alemitu was all smiles when she got off the coaster. After that, she wanted to ride everything. Going with grandpa on the log ride was her favorite. She did that a few times.

My easy going Calvin had a great time too. He rode all of the roller coasters that he could, and always had a smile on his face throughout the day.


The next day, we went to the movies and spent time with family. On our last full day, the girls went shopping and grandpa and Uncle Phil took the boys to the Indianapolis 500 race track. The boys have been so interested in seeing that race track, and had been talking a lot about it after they saw the movie, Turbo. They really enjoyed themselves, and even kissed the bricks (although if you ask them, their lips didn't actually touch). They had a fun boys' day, and I was so happy my dad thought to take them there. 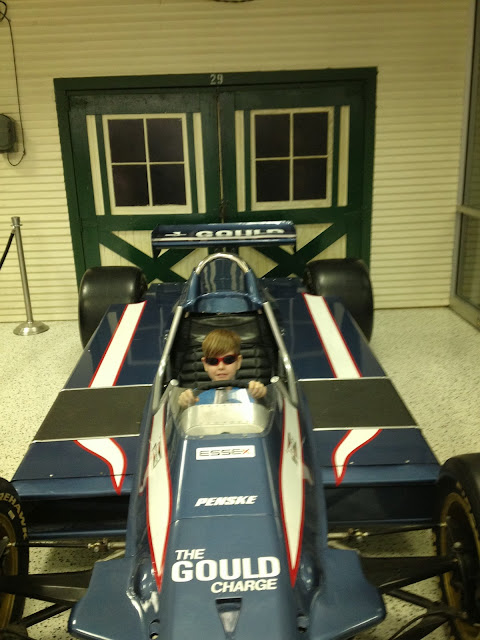 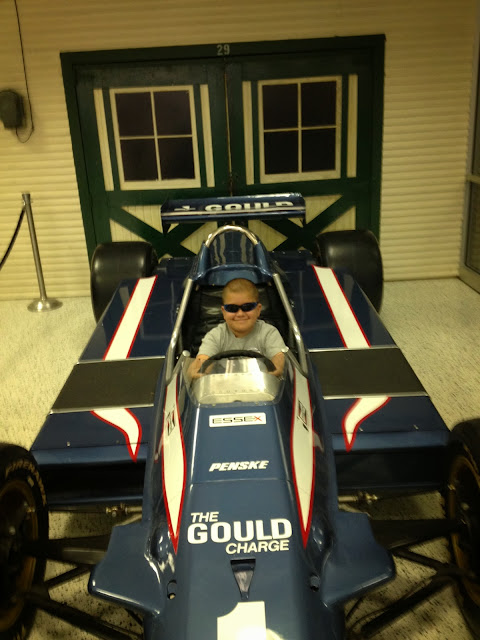 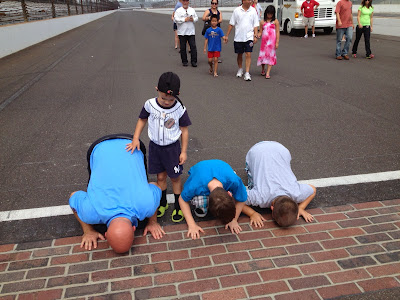 The next day we left and went back home. It was a whirlwind trip, but totally worth it. We had such a great time!

Posted by Sabrina Fischer at 1:59 PM No comments: 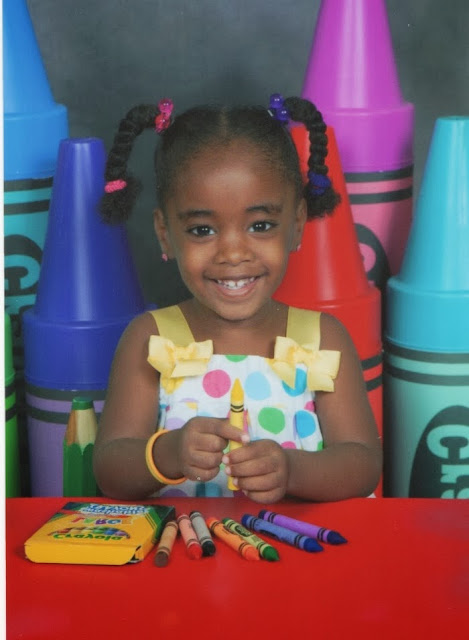 Alemitu started another year of preschool. She LOVES it. I can't stress that enough. On days that she doesn't go to preschool, she normally will throw a fit. If you show up early, and the preschool door is closed, you will definitely have no trouble hearing Alemitu sing, answer questions, play, etc. over the other students. She doesn't ever stop talking. Ever. Not ever. Not for one minute. Not ever. Her teacher said that she is the friendliest student they have ever had. That's our Alemitu.

Alemitu likes to tell everyone about her preschool. She will normally start out by yelling, "My school . . . . on a mountain!" Her school is across the street from our neighborhood, and it is the school that most of the kids in our area go to. 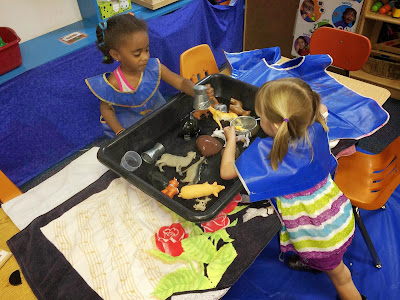 Alemitu is all about saying, "My teacher said . . . ." when it comes to just about anything. For instance, "My teacher said I don't have to take a nap." Um, no. We are trying to stop those little lies. On the other hand, she says things like, "My teacher says you don't take things away from people!" This came after Adam took away her toy because she was in trouble. Or she'll say, "My teacher says you don't cut hair with scissors!!" when I try to give the boys, or Alemitu, a haircut. Normally she has one hand on her hip and the other is pointing a finger at us when she makes these "My teacher said" statements. I'm beginning to hate those preschool rules.
A few weeks ago, one of her teachers pulled me aside and told me a cute story. They were reading a book about a ghost that would change colors depending on what he ate. He would change to the color of the food. When he ate a strawberry and changed to a pink color, Alemitu shouted, "Hey! I ate strawberries and I'm black!" The teachers thought that was so cute that they put it in the school newspaper.

I am so happy that she loves her preschool so much. On the first day, she just ran right in and waved bye to Adam and I. She had no issues, no nerves . . . she was ready. That's Alemitu -- always ready for whatever comes her way. 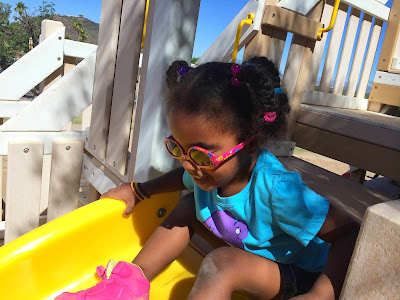 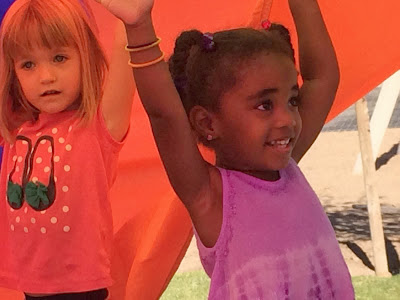 Posted by Sabrina Fischer at 12:27 PM No comments: