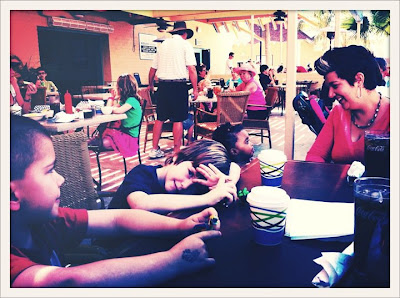 The boys are on spring break this week and we are having fun! On Sunday Grandma and Grandpa Fischer took them up near Sedona to Out of Africa. It is a safari type zoo and we went with them a few years ago. The boys had a blast and even brought along their own cameras to take some pictures. 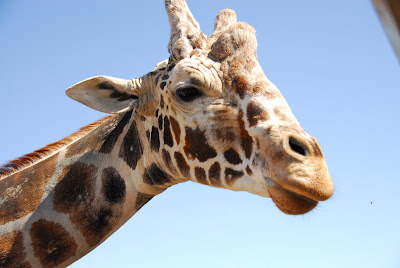 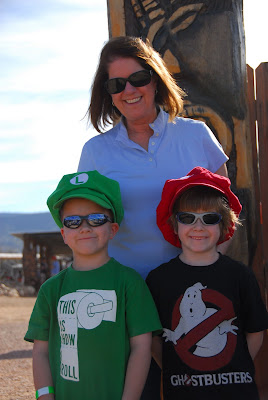 We've been mostly hanging around home the past few days. Wes was determined to stay up past midnight. He failed the first two nights. He even told his brother than they can't watch movies at night because that makes them fall asleep too early. Wes and Calvin finally managed to stay up until 1 a.m. with the help from Daddy and the Wii. I was fast asleep. 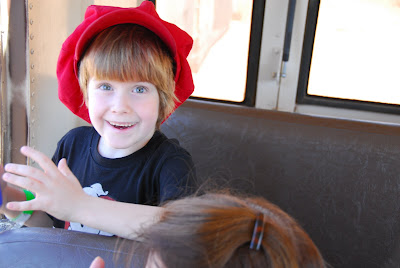 Today we went to the Wildlife World Zoo which is just about 5-10 minutes from our house. They have expanded it and added an aquarium. The boys had to study each and every fish no matter how small or big. Allie had a great time looking at the fish but fell fast asleep after lunch so she missed the big animals. The zoo added a log ride and all 3 boys had fun going down it. 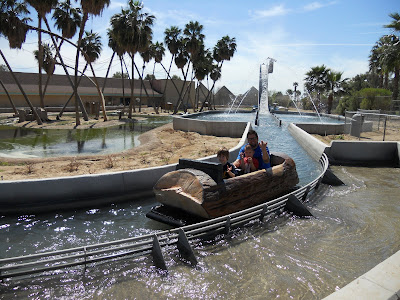 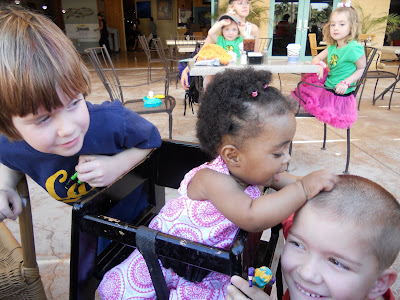 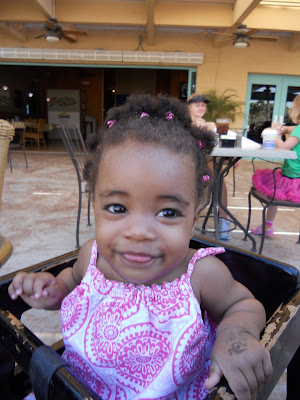 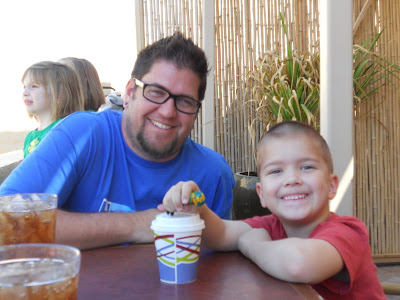 All those days staring at a computer finally caught
up with Adam and he had to get glasses.

Tonight the boys have t-ball practice and they are spending the night with grandma and grandpa. It has been a great week. I am not overwhelmed at all and we are settling in to a great schedule.

This morning Allie woke up with 2 little bottom teeth! She has been drooling a lot lately, chewing on everything, and yesterday she was more tired than normal. She loves to cover her teeth with her tongue so views of them are really hard to get, but I sort of got a shot today at lunch. Look closely and you can barely see those two little white things in her mouth. 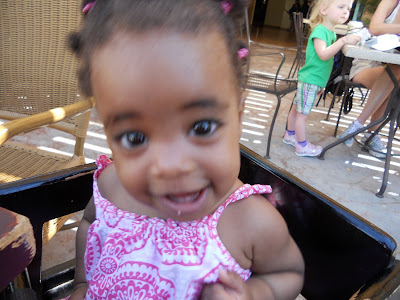 Speaking of Alemitu, Dr. Spiekerman himself called us the other day. It made me nervous when I heard his voice and not his assistant's but it was all great news. Allie's hip x-ray came back normal and he'll re-evaluate her in 3 months. Her blood/stool labs came back normal except for some small inflammation in her stomach or intestines. Dr. Spiekerman assumes that is from parasites, but he had already prescribed medication for that as a precaution anyway. She is finished taking antibiotics for the chest infection and she no longer is coughing much or having a runny nose. Dr. Spiekerman told me that she is a very healthy little girl!!

In fact, she loves to bear weight on her legs now! In January, she wouldn't do it at all. We have been practicing with her the past few weeks. At first she would only last a couple of seconds and hated it. Now she loves doing it. I think she is building those leg muscles pretty quickly! 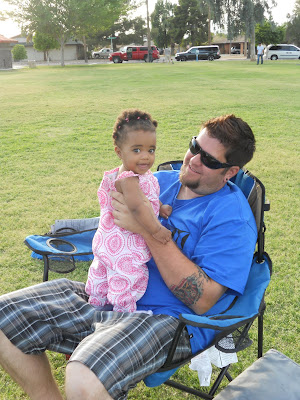 Posted by Sabrina Fischer at 4:44 PM