A lot has happened in the past few days. I can't go into detail right now but we have had a few hiccups with our adoption. Our agency informed us yesterday that there was a clerical error on the report that MOWA gave to the Judge. If you remember, MOWA's report was the 3rd thing needed in order to pass court. We thought we had passed, but evidently we failed court the first time. MOWA has been moving offices and has not been able to correct the typo. Their office opened again today and our agency believes that the typo will be corrected in the next few days. Once this is done, it will probably take a week or so to get our adoption decree.

Yesterday I was devastated. Today I'm okay. It has been a roller coaster ride over here. I'm obsessed with just getting back to Allie. However today I'm really calm. I'm okay that we haven't passed court yet because I know we will. There are some stricter embassy guidelines that may slow down the process some more, but again, I'm okay with that. We will get there soon. Our guest house with internet (the only one with wireless internet) was booked until the 27th. This was really stressful for me because I really wanted to stay there so I could stay connected to Wes & Calvin. Knowing now that our file has been delayed, I moved our reservation to the 27th. I think we will pass embassy maybe right before that. Even with the extra stuff that has to happen, I think planning to pick up our daughter on the 27th is very practical. So I'm good. I'm calm. I'm looking forward to the 27th. If it gets pushed back, I'll deal with it then. Right now, I am simply concentrating on the 27th being our arrival day in Ethiopia. Not sooner. Not later. It is going to happen. Maybe not as fast as we had hoped, but it will happen! I think the idea of not knowing when it will happen was driving me crazy. So I am giving myself a conservative, practical date to plan for -- and poof, it calmed me down.

We've also had some really good news this week. Calvin got Student of The Month! Today his school had an assembly for the Student of the Month students. We are so proud of him. Even though he acts like it is no big deal and he always says "I'm good everyday", we know he was super excited to get this award. He was glowing when Adam and I showed up, during the car ride home, and since we've been home. When we mention how happy he made us, his face lights up. He can't hold back his smile even if he wanted. So even though he is "good everyday" -- we are still so very proud of him! 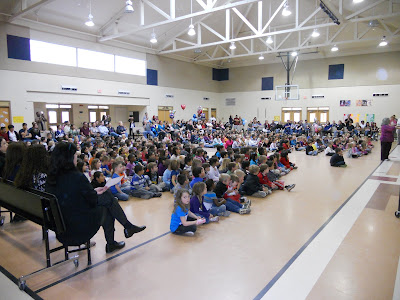 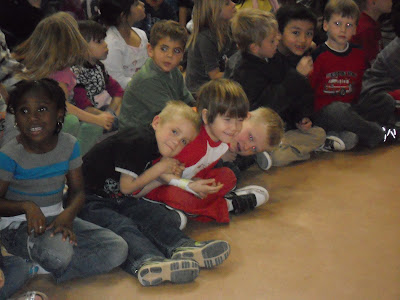 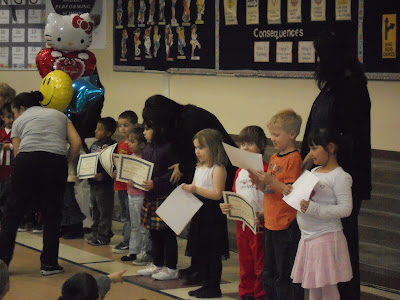 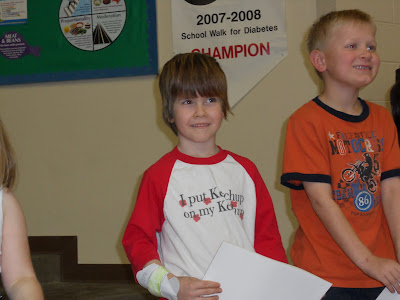 While we were at the assembly, Wes was at home with Grandpa Fischer hanging out on the couch. He got sent home about 30 minutes before the assembly because he threw up on the playground. Poor little guy. 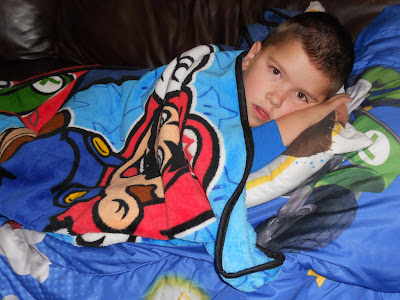 Posted by Sabrina Fischer at 4:48 PM