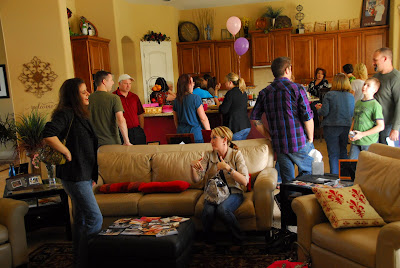 Yesterday we attended a baby shower for Alemitu. Several people had asked if they could host a shower for us and we kept saying no. However after being so humbled by all of the support we received while we were in Ethiopia, when Sherree asked us after we returned, I quickly said yes. I realized that it would not be a burden for people to attend a shower for us -- it was a celebration of Alemitu and our journey.

Adam had made a video introducing Alemitu to everyone (a link to it is at the bottom of this post). We had lots of good fun, sunshine, and great people. I think there were about 60 people that came!! The boys had fun running around and playing with all of the other kids (until Calvin got sick).

It was a great time, and I'm so appreciative of everyone that attended. I was especially happy to have my friend Paige attend. We met her and her husband at our adoption seminar (an entire weekend) back in August 2009 when we first began our journey. They also have twin boys the same age as Wes and Calvin! We have been through our journey at the same pace, and our daughters are within a month of each other in age. While I hadn't seen Paige in 1 1/2 years, I feel like we have become close friends through e-mail and being support for each other during the ups and downs. I was so happy that she was able to come (she lives on the opposite side of town), and it was neat to get to share all sorts of details with her. They are traveling to Ethiopia for court at the same time that we are planning to go back to get Alemitu. We have already made plans to eat at a good pizza place together in Addis Ababa. I can't wait! It was also neat to see Paige trying to talk one of my other friends, Tiffani, into adoption while she was at the shower. There were two other families that attended that have also adopted children internationally. We have a great group of friends who know what we are going through and it was nice to spend some time with each other.

Thank you to everyone who came and made the day so special! 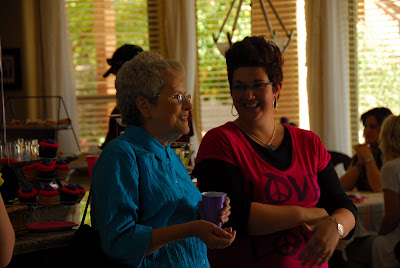 Me with one of my very best friends in the world, Char 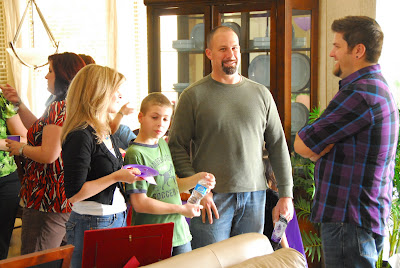 Adam and our friends, The Guilds
Posted by Sabrina Fischer at 11:04 PM