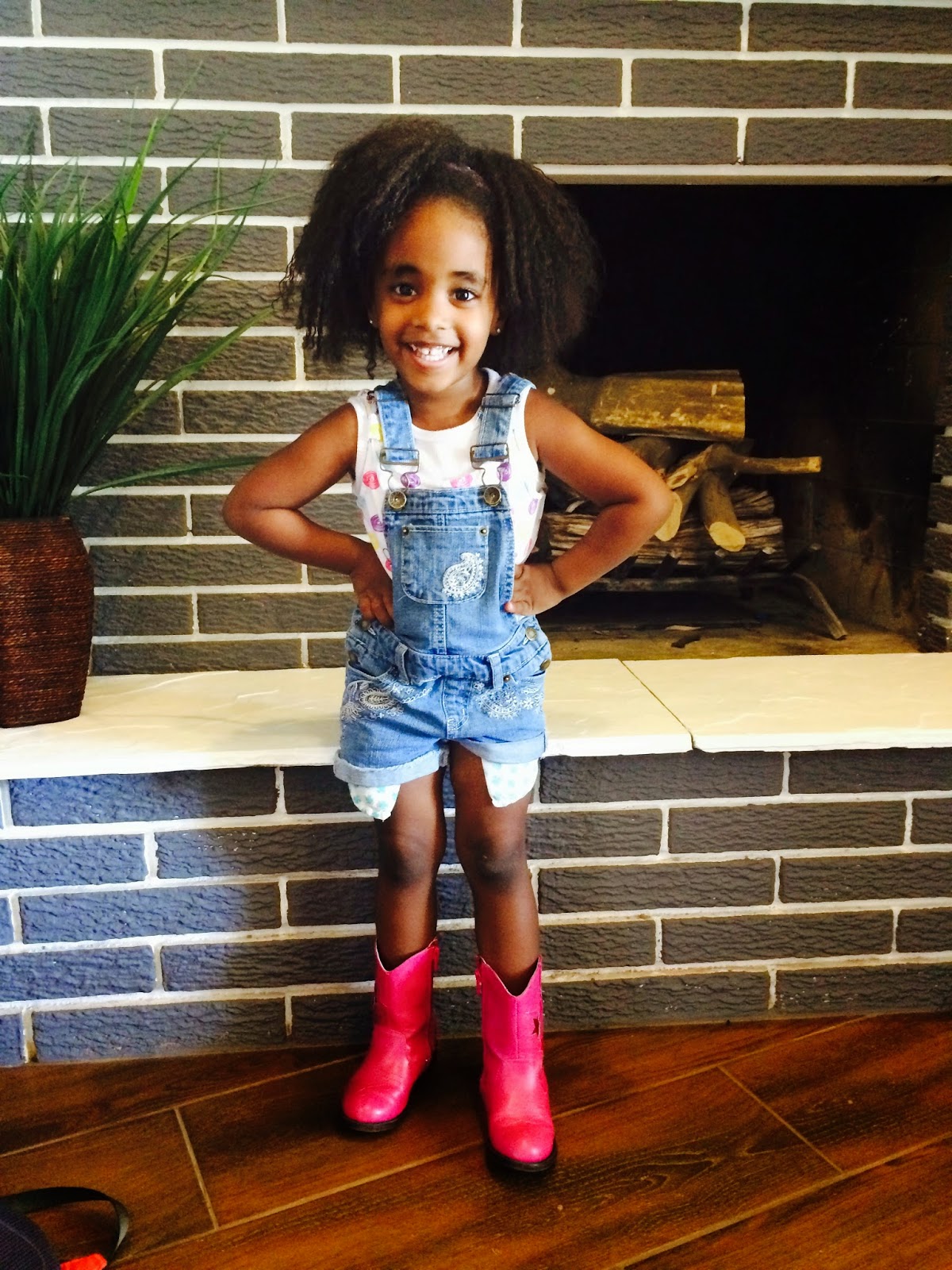 Alemitu is turning 4 next week, and we decided to throw her a farm animal party with her friends. When Alemi and I were grocery shopping for the party last night, the cashier was talking about how she will make even more friends when she turns 4 and goes to school (not realizing she is already in preschool). Alemitu was distraught. For the next hour, she talked about how she didn't want any more friends. She already has too many -- and then she named all the places where she has friends. So cute. When she wasn't talking about not adding anymore friends, she was talking about all the things her friends have to do at her party. For instance, they must all bring her a cake and they are not allowed to play with her brothers, just her. That's our little Alemitu. 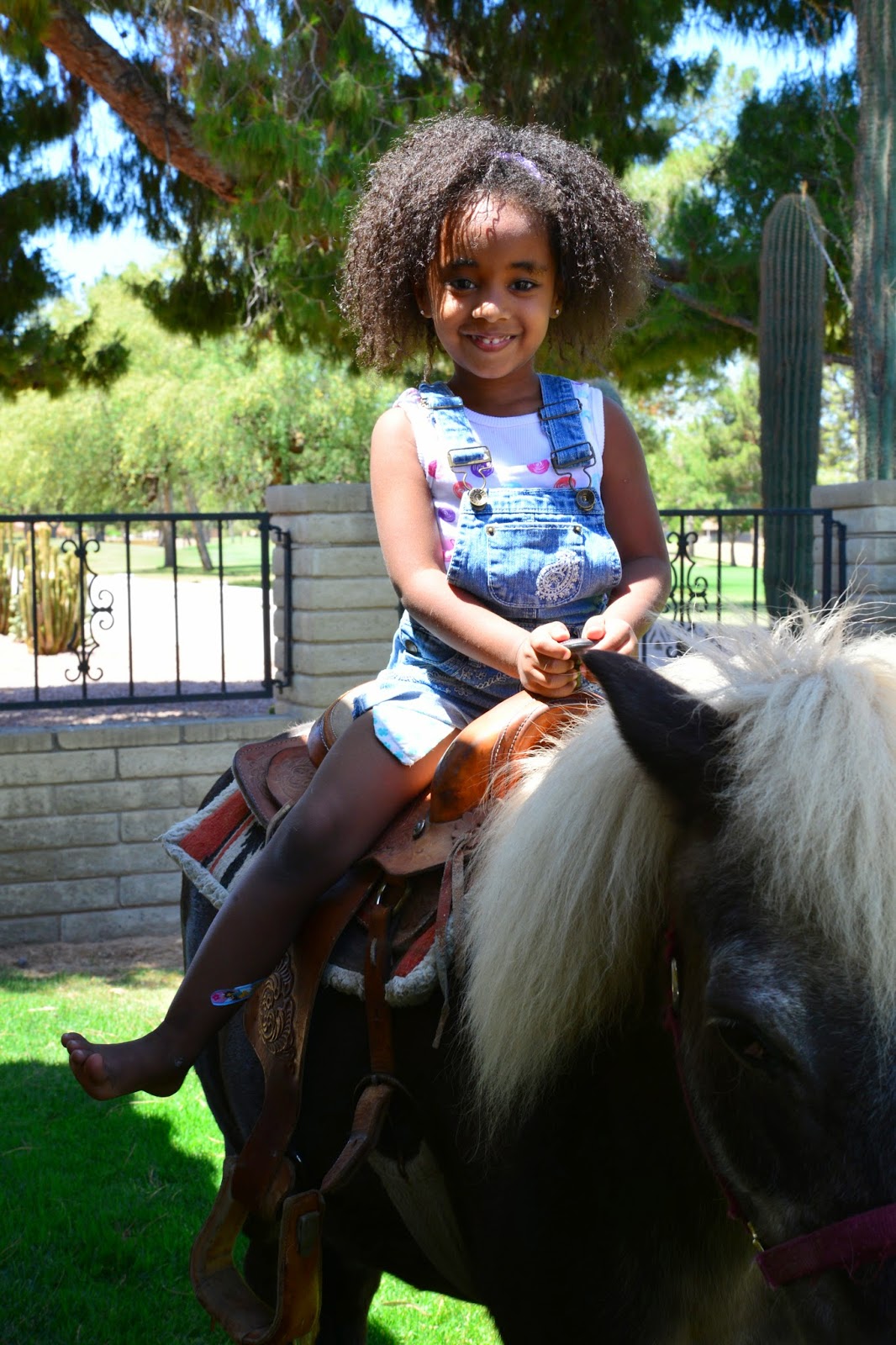 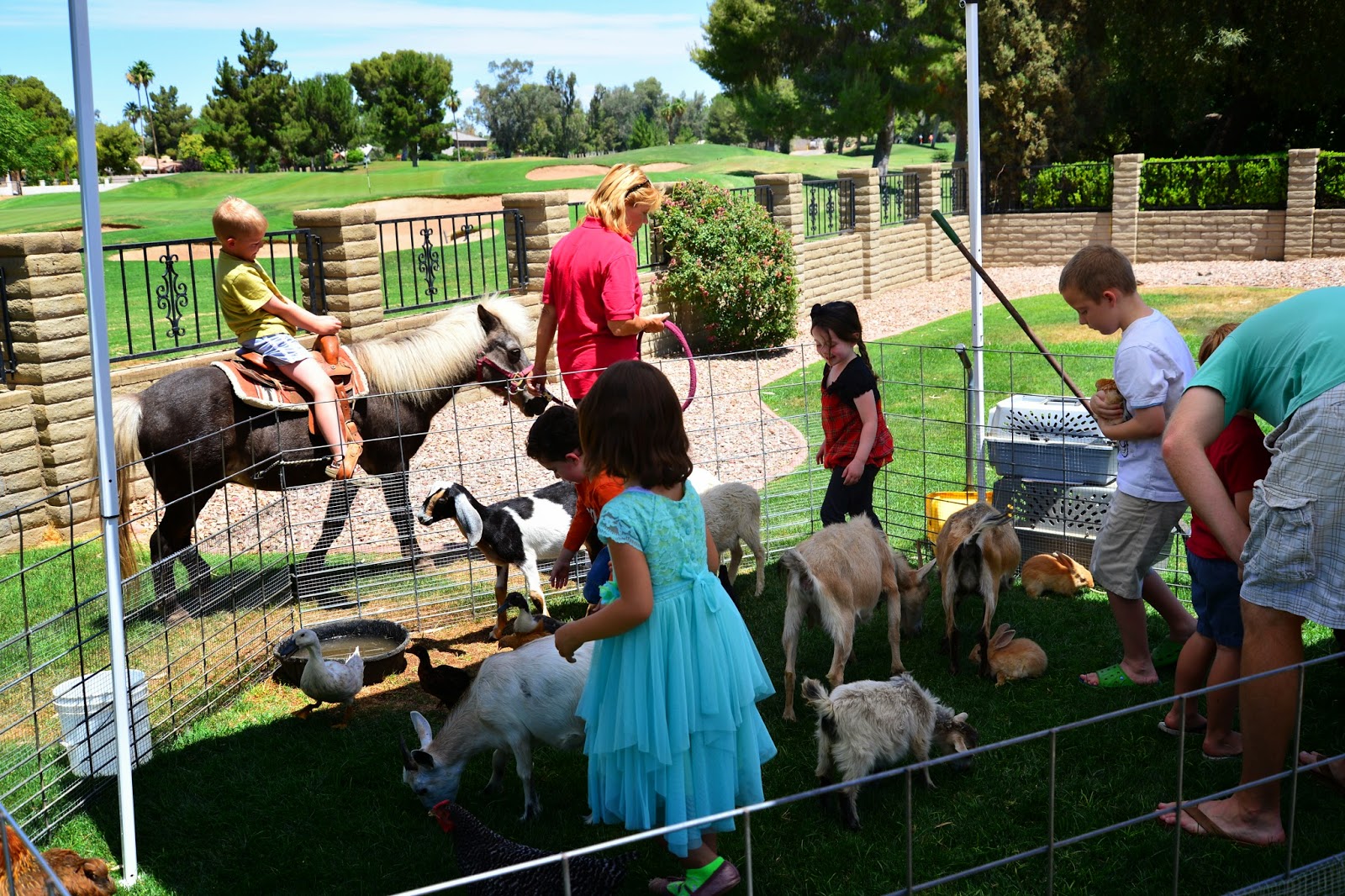 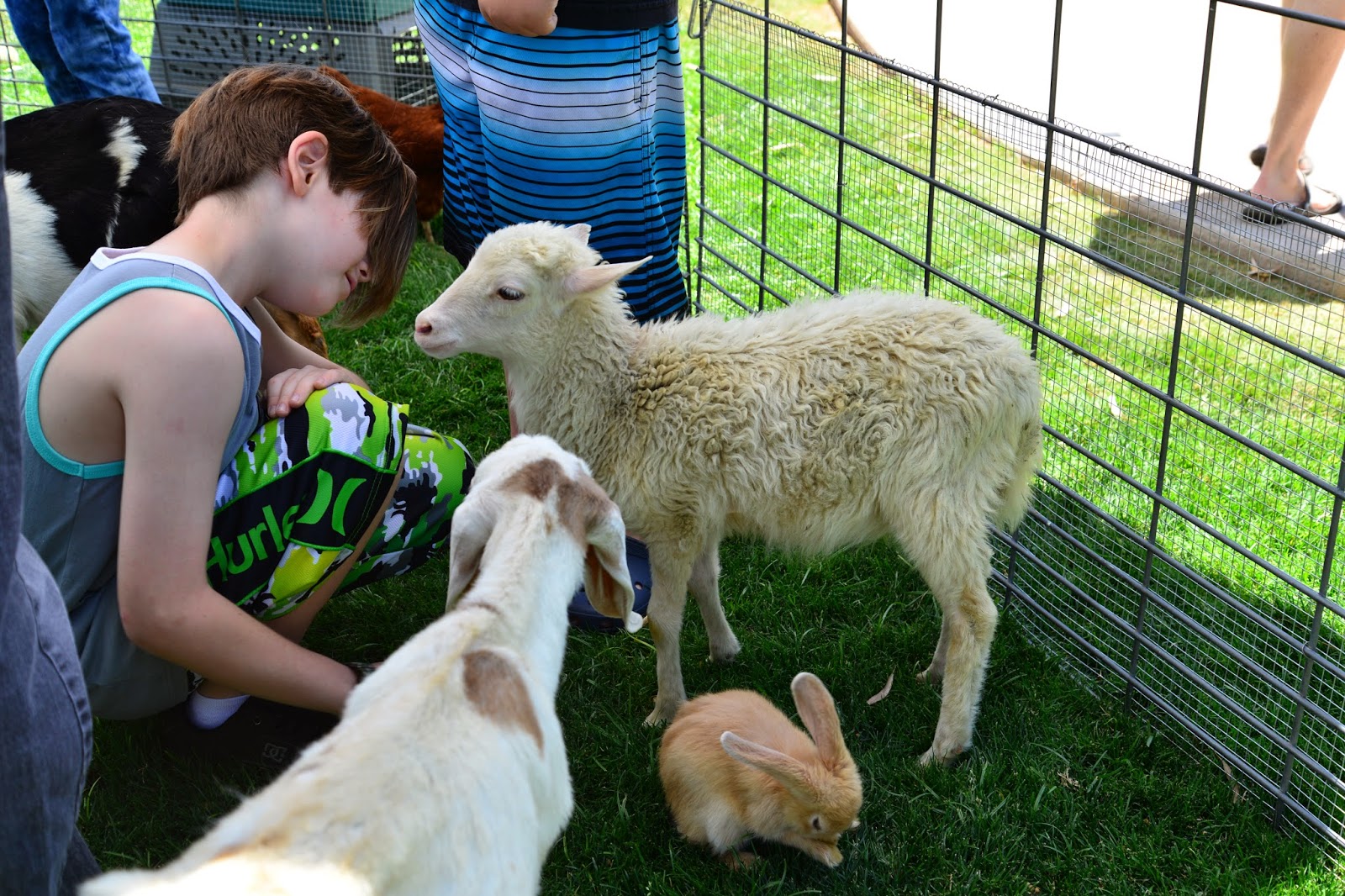 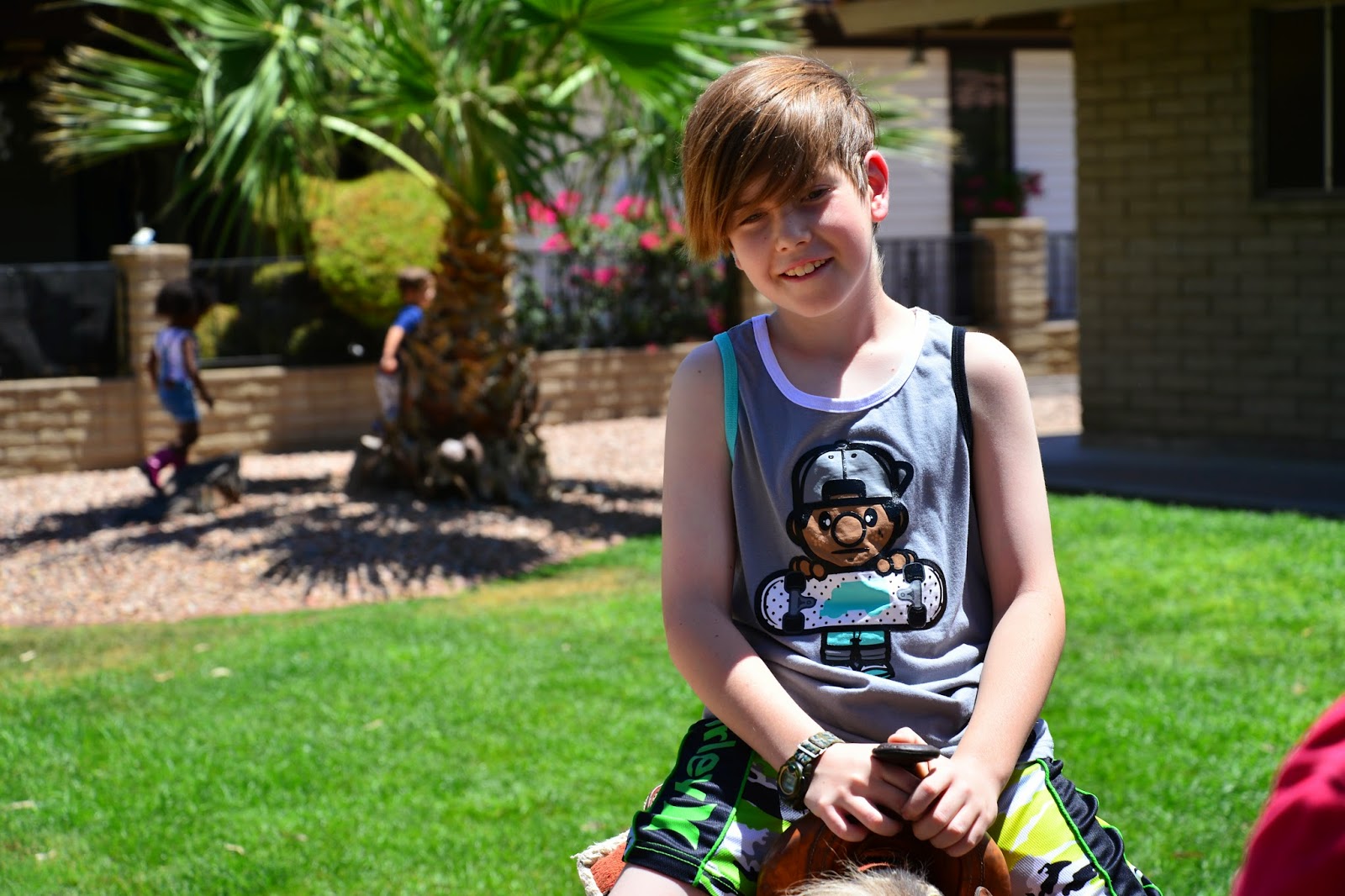 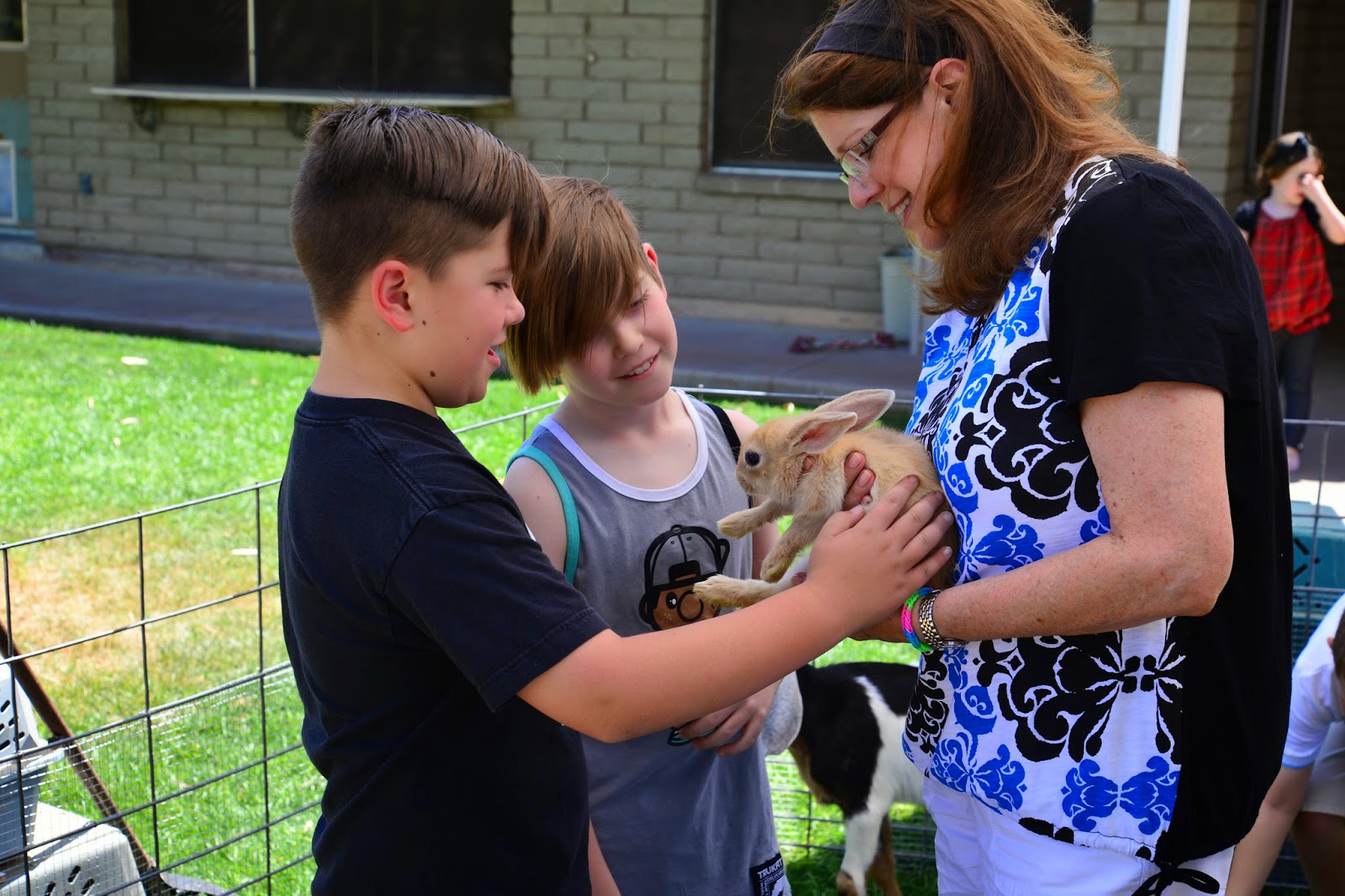 The party went really well. We had 17 adults and 21 kids attend. Grandma and Grandpa Fischer were a great help, and even carved a pig out of a watermelon for us! 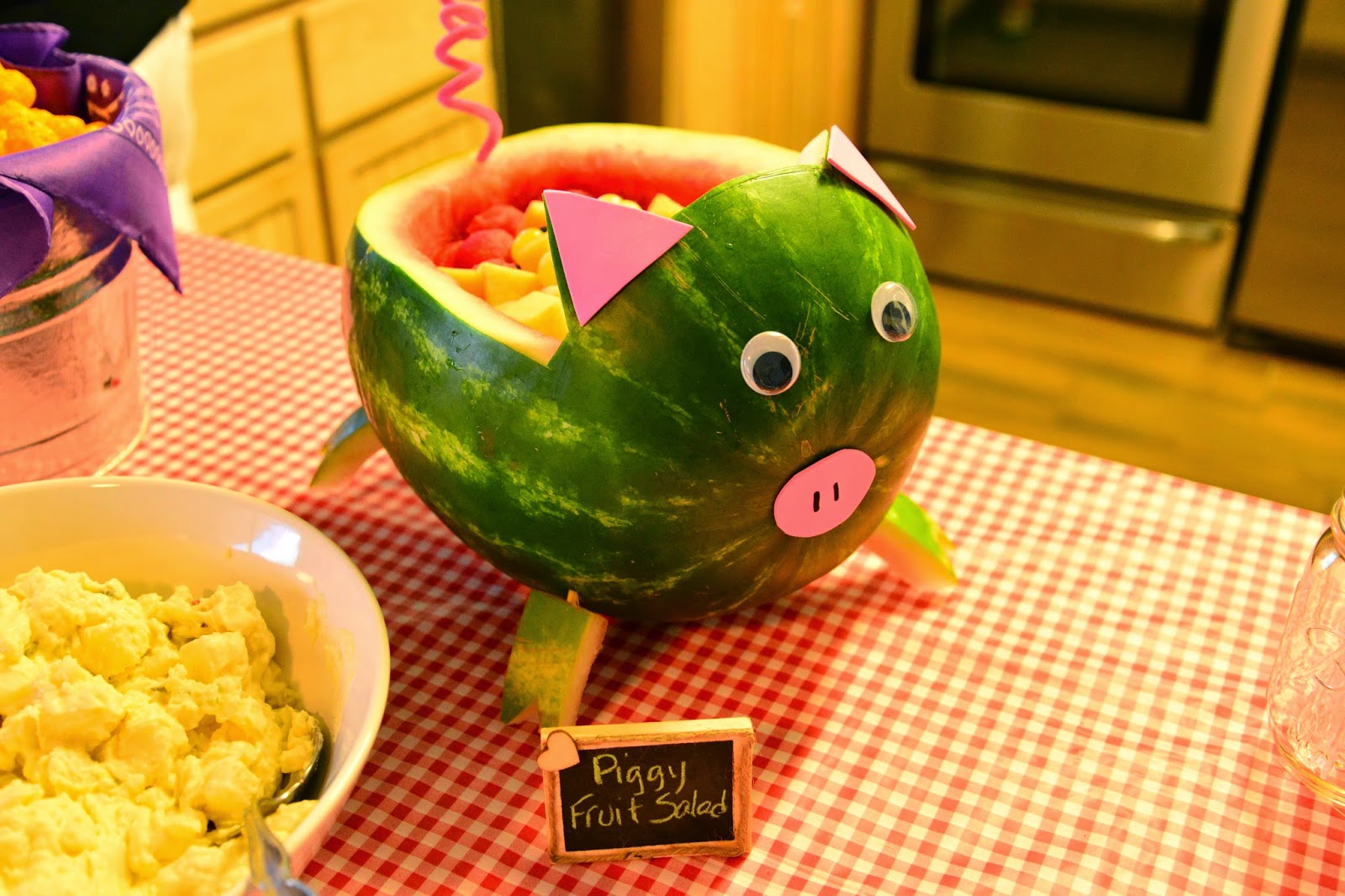 Alemitu was also able to debut her new short haircut. I finally convinced daddy to let me cut her hair off. It is a little shorter than anticipated, but perfect for summer. She loves it, and I can comb right through it after a shower, so I think it is perfect!

Boyfriend: She is still dead set on the fact that cousin Carter is her boyfriend. She is extremely protective over anyone getting close to him, and I am currently hiding a recent photograph of Carter holding hands with her other cousin, Chloe.

Best Friend: Joshua from her preschool. Those two are inseparable. But don't get confused, he is not her boyfriend.
Age: FOUR! I'm so excited that she can tell you that she is four. For the entire year of age 3, she could never, ever, ever, ever remember her age. And do you know how many times a week someone at the store asks her that question? Year 2 was great. Year 3 came with a memory age block evidently. The past two days, she happily tells us she is 4!

Favorite Thing to Play With: Our puppy. She won't put him down. Ever. Not ever. She also likes Lego Duplos, balls, and Mr. Potato Head.

Favorite Food:  Chocolate and chicken. Getting her to eat is still very difficult. 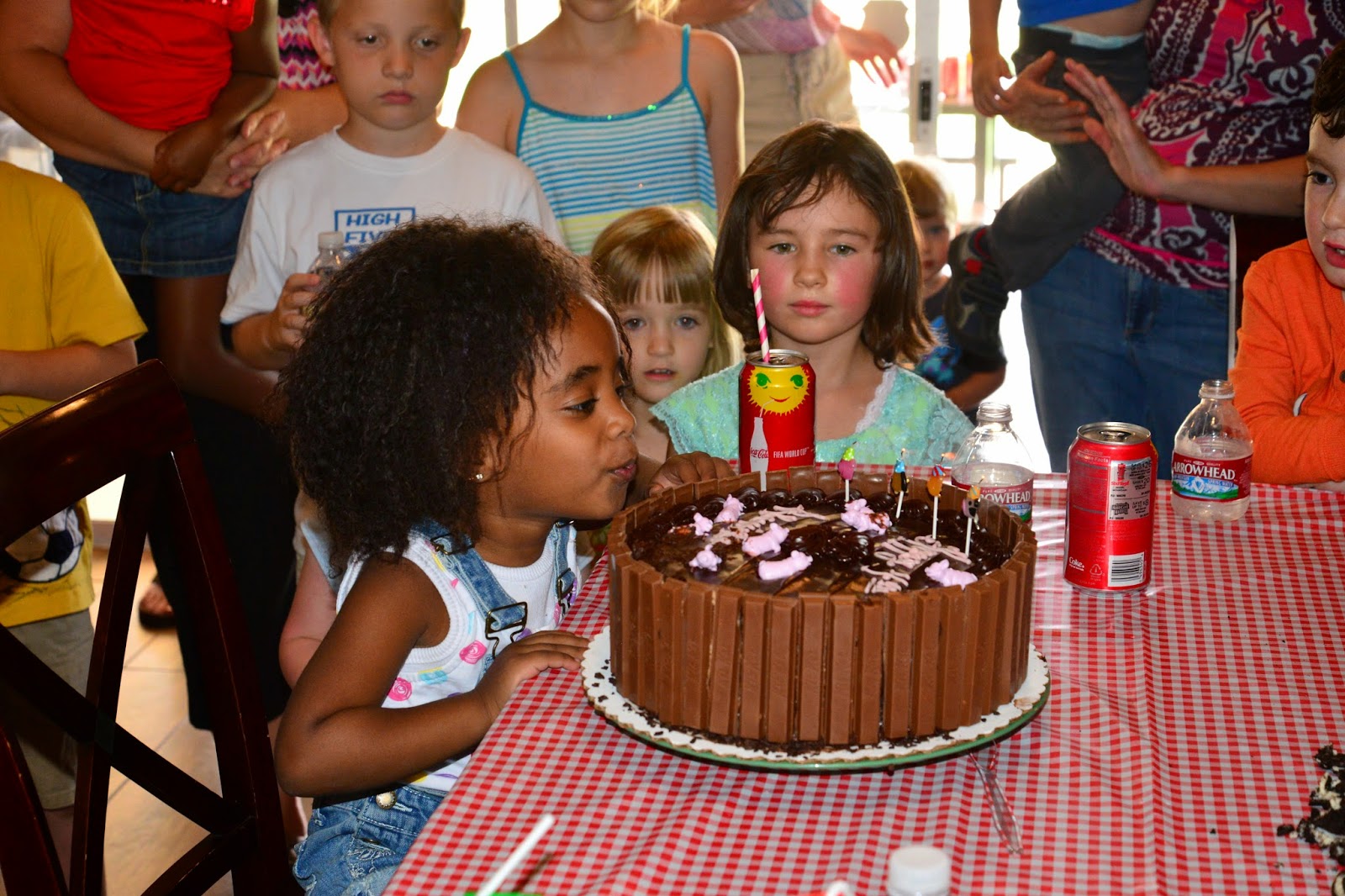 Favorite Show: Doc McStuffins and the Lego Movie . . . and the TV sitcom, Community. She puts headphones on and watches it on Adam's iPad over and over again. She knows all the characters.

Personality:  She is very, very strong willed. You often hear her scream, "FINE! I'm going to my room!" 'Okay, have fun' is usually our response. She will sometimes choose to take a punishment rather than complete a task like finishing her food. We are constantly outsmarted by her. On the other hand, she can be the sweetest, most polite, most complimentary, and most cuddly little girl in the world. She often tells us how much she loves being our daughter. 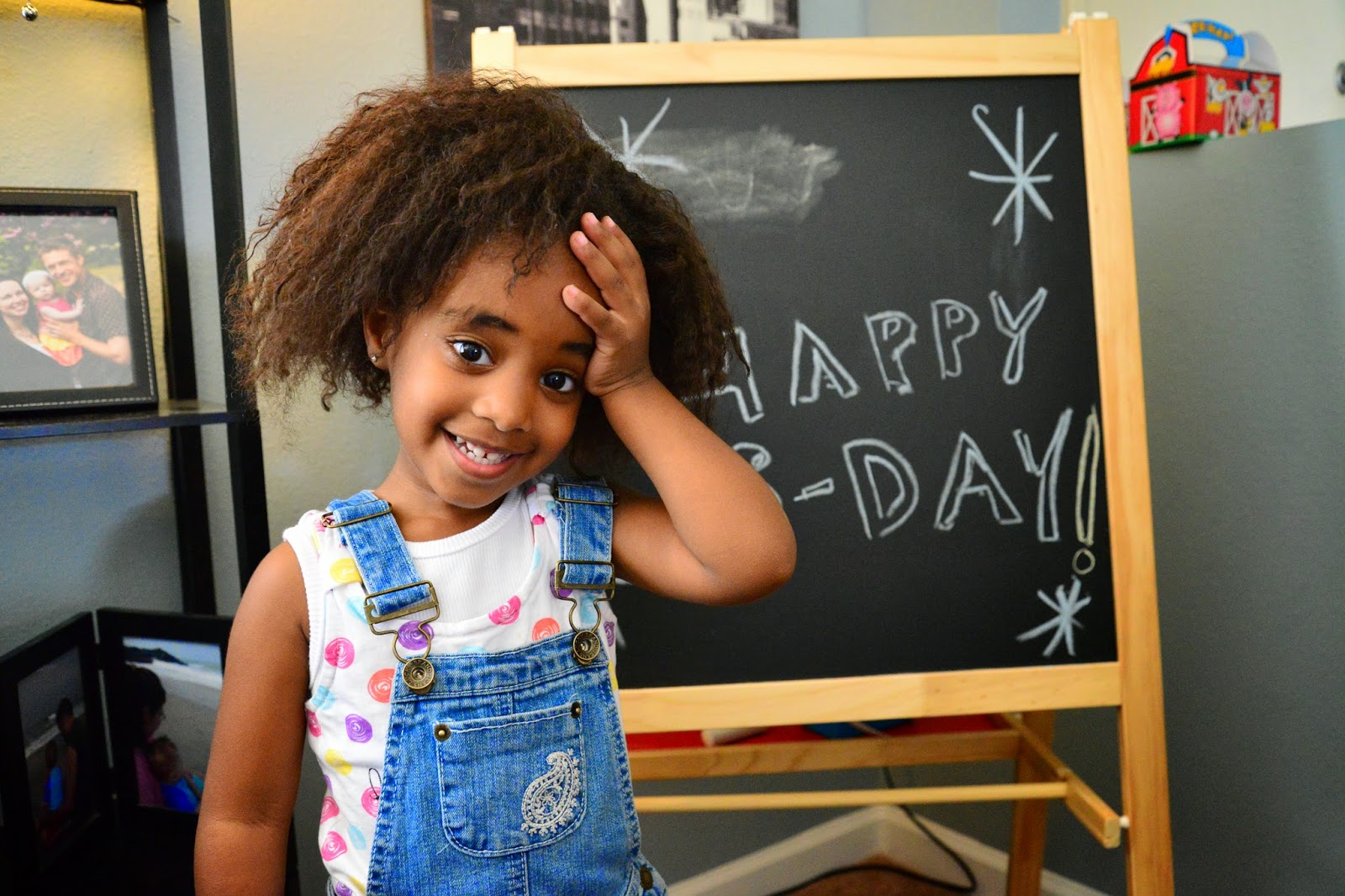 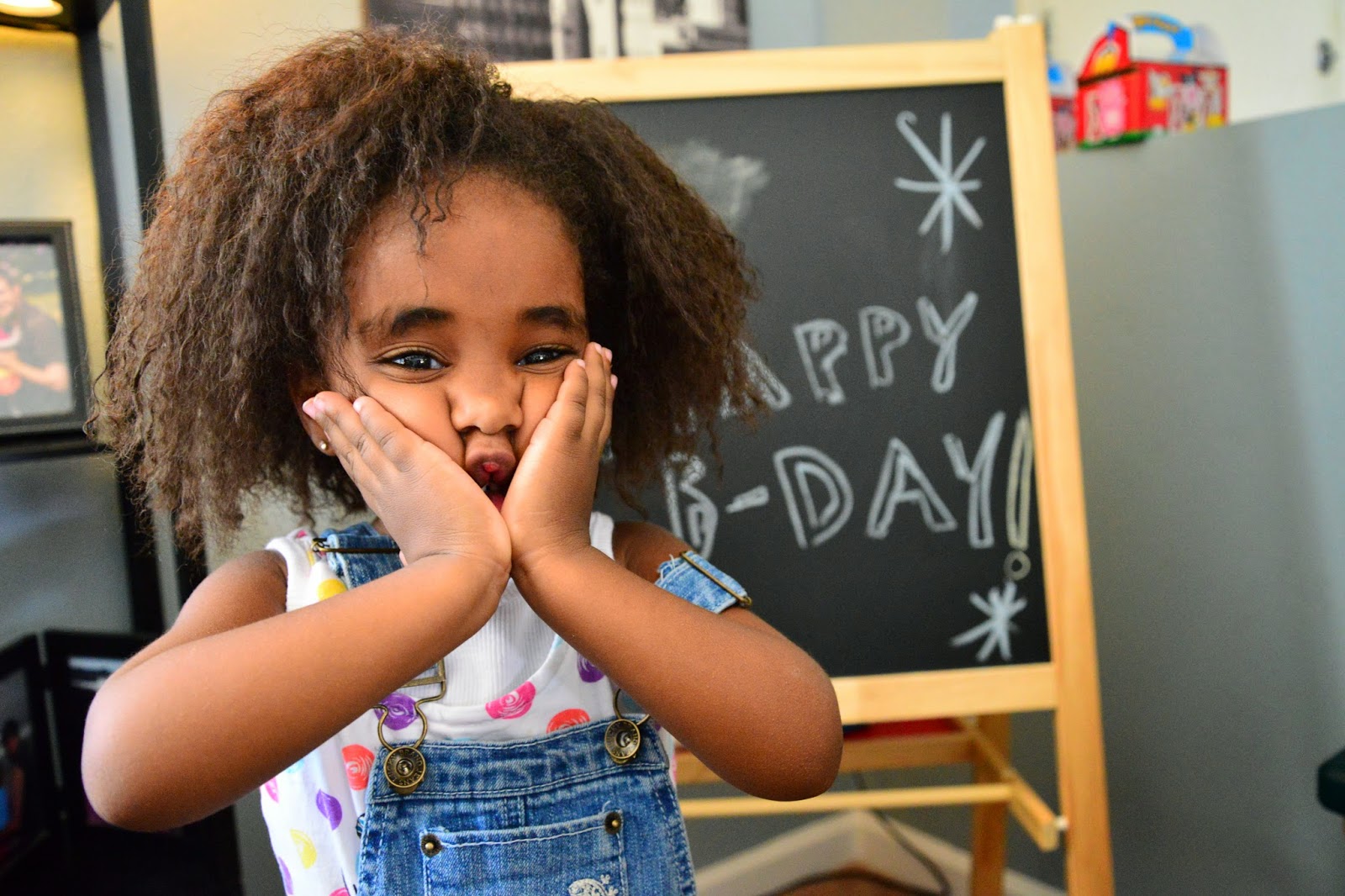 When she grows up, she wants to be "NOWHERE! NOTHING! I DON'T WANT TO BE LIKE THAT!" (five minutes later . . . ) "Mom, why did you ask me that question?" "Because honey, I just wanted to know where you wanted to work when you get older. Like be a doctor like Doc McStuf......" (Cut off) "I already told you! Nothing!" 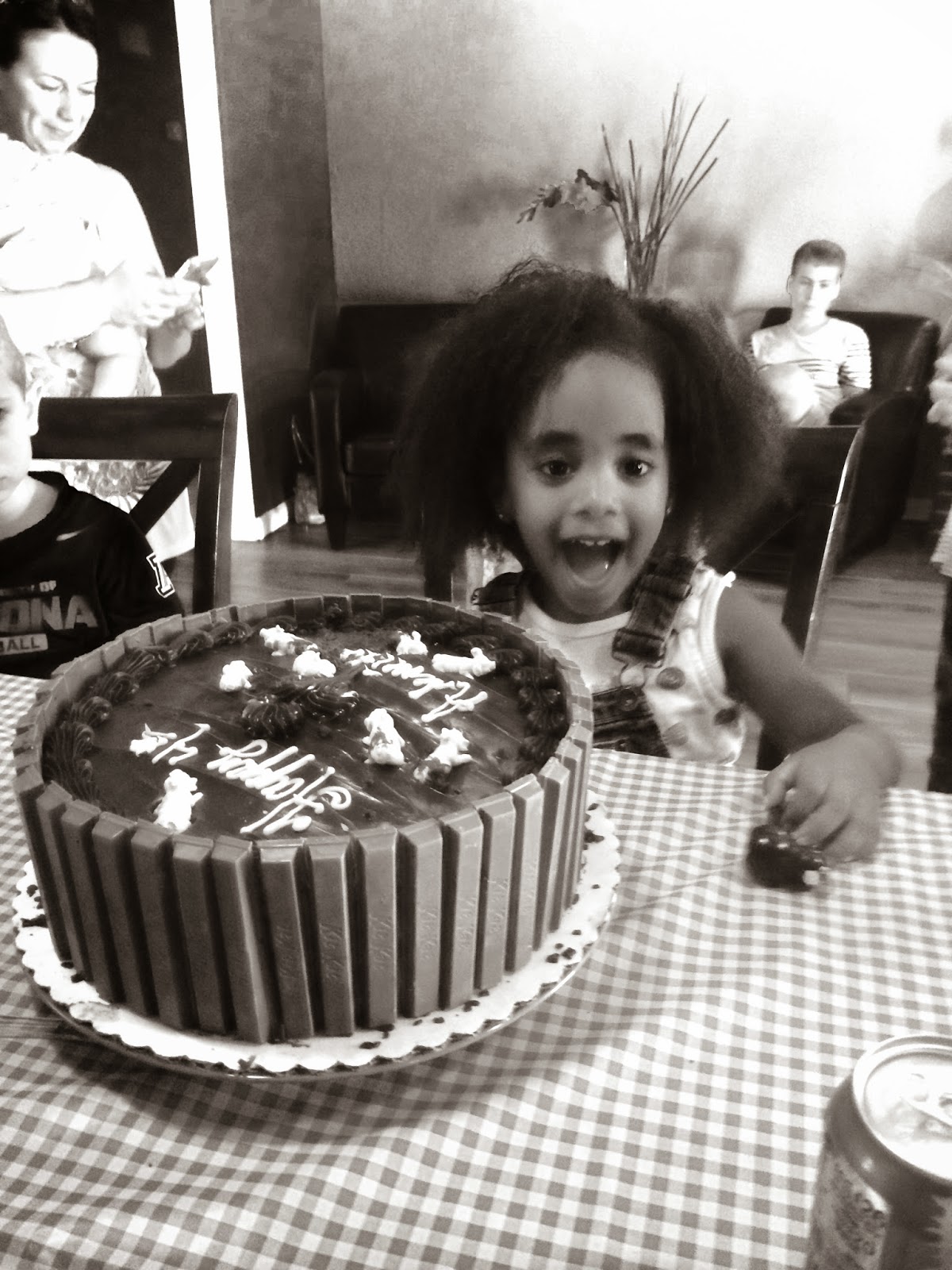 Posted by Sabrina Fischer at 12:29 AM