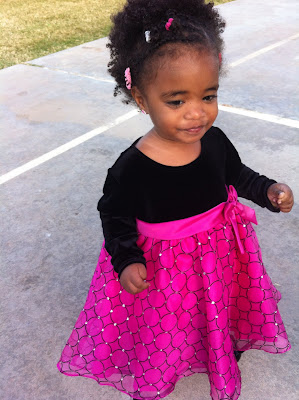 Today was an AMAZING day!! All three of my children had really special events today, and everything went great! 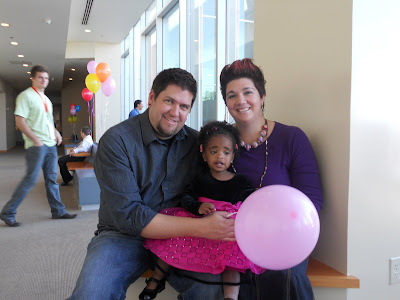 Allie was NOT happy anytime we moved her balloon out of the way.
Alemitu's event was her final court room appearance to finalize her adoption in the State of Arizona. We have already adopted Alemitu, but by doing it again through the state then we are able to have easier access to her birth certificate, adoption records, etc. Otherwise we would have to get them from Ethiopia when they are needed. In addition, this allowed us to change her name back to her original name. When we brought her into the US, the embassy renamed her to "Alemitu ADAM Fischer". So we gave her her grandfather's name back, and she is once again "Alemitu Tagese Fischer". 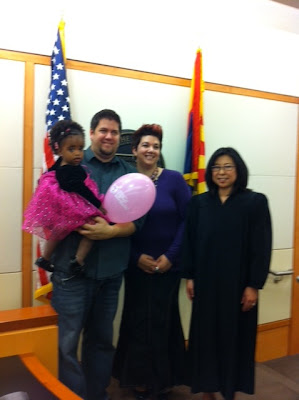 Our paperwork finished just in time to be a part of National Adoption Day. There were about 300 families in Phoenix that came to the courtroom today for their adoption proceedings. There were bounce houses, free food and treats, and even Santa Claus. My mom came to visit this weekend and so she and Jenna's family were able to come to court with us. After we all enjoyed the National Adoption Day festivities, we met with our attorney and then went to our court hearing. I knew this was just a formality as she has been legally ours for 8 months now. I was surprised that we all got choked up during the hearing when the judge said "Your adoption is final." It was emotional, and when leaving the court room Adam said a prayer with Allie for her grandfather, Tagese. 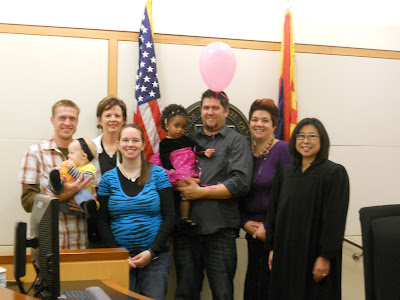 After the hearing, we all rushed back to the football fields. Today was Wes & Calvin's big football tournament. We were ranked #2 in the division, and for the last 7 weeks we have been practicing solely to beat the 1st place team. They have a really good player on their team, and so Coach Justin has worked with the kids for 7 weeks on how to get past this player. We had to win two games to get to the championship, and they were tough teams. We saw the boys win the first game and then Grandma and Grandpa Fischer stayed with them through the second game while we went to the adoption hearing. The second game was intense, and very close -- but the Raiders won again.

It came down to the final game. The game we had been practicing for -- 3 times a week. The team played so hard, and they were so exhausted, but we managed to win by just a few points. At the end it was so intense and the other team was pretty much on the touchdown line and if they scored, they would win. With 2 seconds left in the game, they made a play, but time ran out. The game was incredibly tense and so very exciting. All of the parents were screaming, yelling, and cheering. The parents stormed the field at the end of the game. It was exciting, and I think all the parents have lost our voices. Coach Justin is simply amazing. He doesn't just teach the kids football, he also teaches them to be respectable young men. It was a great, great season. The entire team signed up for next season so I see a lot of football games in our future. 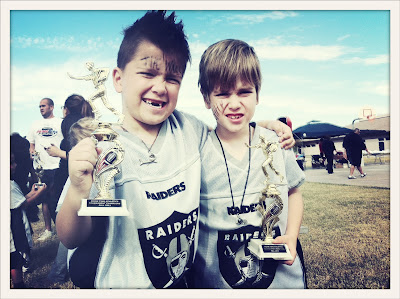 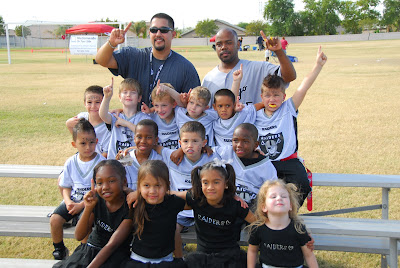 A lot is happening in our life right now, and I'll update in a few days. It has been a busy past couple of months, but they have been really good. I'm looking forward to some family time in Flagstaff for Thanksgiving.
Posted by Sabrina Fischer at 9:14 PM