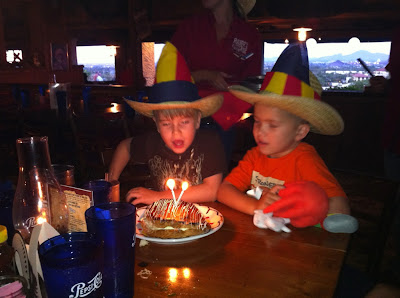 My boys are 6 today. It is amazing how fast time flies. When I woke them up, I asked if they felt any older. They both thought about it and then Calvin said that he did feel 6. I then told them to go get dressed for the movie, and Wes said, "I wonder if my clothes will be tight." Ha! Later on he told us that his clothes still fit even though he is 6, but he thinks they will be tight soon.

We took them to see Cars 2 at a super fancy theater in Scottsdale that has recliners and waiters/waitresses to serve you lunch. The boys started saying that this was the best day ever! 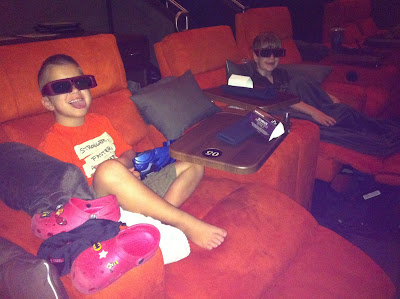 After that, we came home to open presents (Teenage Mutant Ninja Turtles and Ghostbuster toys -- old school from Ebay). When Wes opened a Joker (Batman) car that my mom had sent him, he started jumping up and down and yelling "I've been waiting for this my whole life!"

We then went out to dinner at Rustler's Rooste where they got to play on the big metal slide and were given cowboy hats and bandannas. 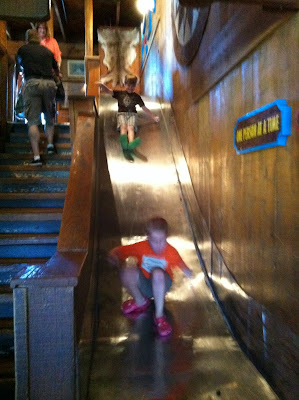 After dinner, we walked out to see the coolest looking dust storm heading our way. 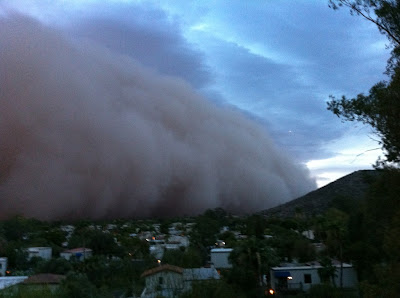 About 2 minutes later, it was right on us and it went from being light outside to instantly dark where you couldn't see past the hood of your own car even with lights on. We had to wait it out for about 20 minutes. Visibility was low, but we knew if we could get to the freeway (1/2 mile away) at least we would all be heading in the same direction. It soon started raining which allowed us to see further, and we made it home without issue. Adam's parents saw a tree fall on a parked vehicle while they were waiting it out. I do love monsoon season in Arizona but this made me a little nervous. 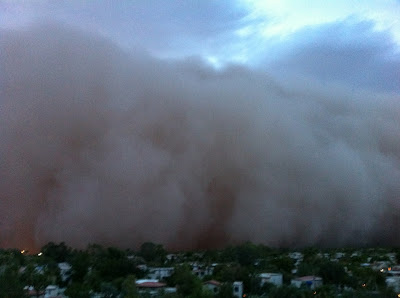 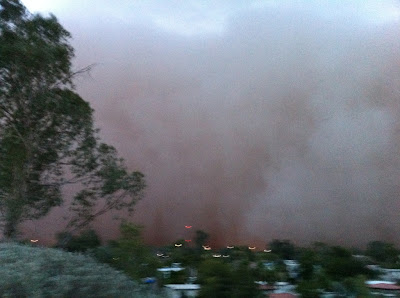 All in all, we had a great day. In the beginning it was the best day ever and in the end Wes told us that it was "the most bored night" because we had to sit and wait out the storm and drive super slow home. He wanted to get home and play with his toys.

So, what is Calvin up to these days?
Wes -
Both boys love their sister so much. They play with her every day . . . by choice. If she lets out one little fuss, they are constantly trying to cheer her up. Normally Calvin will yell out "chicken head" and that makes Allie laugh. Wes always calls her "Miss Allie" while Calvin prefers "Alemi or Alemitu". We did not realize how much Wes and Calvin would fall in love with their sister, but they love everything about her. They already watch out for her so I can only imagine what it will be like in 10 years.

Wes and Calvin love to play together and they are "best buds". The both call each other "buddy" rather than by name. Normally when they play together Wes will narrate what is going on and will often tell Calvin what he is to say next. It is really cute, but we are teaching Calvin that he doesn't always have to say what Wes tells him. A lot of times they will pretend they are Mario and Luigi or Ghostbuster characters and will address each other by the appropriate character name. I love that they are best friends, and I love that they have huge imaginations.