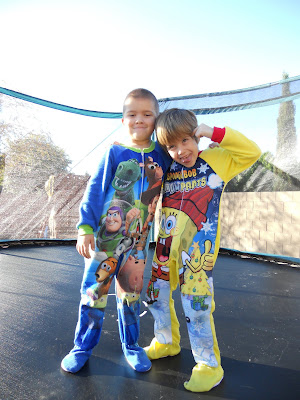 We've had a great Christmas this year!! Sabrina's parents came out on the 15th to celebrate a week early. We had fun celebrating Christmas, shopping, bowling, and playing lots and lots of games. Wes and Grandma played for hours each day I think! They love to trash talk each other too.

On Christmas Eve we spent the evening at Adam's parents house for dinner and presents. On Christmas Day Jenna, Zach, and Chloe came over for a few hours to exchange presents. It was a very laid back year and we loved it!!

The boys' big gift this year was a trampoline. Adam and his employee assembled it on Thursday, but they did it on the side of the house so the boys wouldn't see it. Adam and I thought it would be easy to just turn it vertical and roll it in between some trees and into place on the evening of the 24th. Umm, we were wrong. Really, really, really wrong. From about 11:30 at night until about 5:30 Christmas morning, we worked on the trampoline. There were times that we felt we may have to call Zach or Jim in the middle of the night to come help us. It was awful and we honestly didn't know if we were going to be able to save the trampoline or even move it. At 3 in the morning, Adam and I even discussed cutting down a tree. It was that bad. But, we made it. The trampoline is in place and is in perfect shape! And throughout that stressful night, Adam and I both remained incredibly calm and avoided any battles and tears. :-)

We were asleep by 6 a.m. and the boys woke us up 2 hours later to open presents from Santa. We were tired, but we had a great morning. In addition to the trampoline, the boys got other gifts such as transformers, legos, Criss Cross Crash (Hot Wheels), scooters, Wii games and GI Joe/Iron Man/Batman toys. The boys played outside for hours and hours today. It was such a wonderful day!!

This is also the first year that we had the boys shop for each other and me and Adam. We quickly learned that Calvin can't keep a secret. He gave Wes huge hints about his gifts (several minutes after wrapping it) that Wes knew exactly what it was. Then, when Adam asked Calvin what Calvin bought him, instead of saying "I can't tell you" -- Calvin just said "oh, we bought you blue shoes." Silly boy. He told us that he just kept forgetting it was a secret.

I hope you and your family had a great Christmas too!! 25 days until we head to Ethiopia -- the countdown begins! We received a second video of Allie and she was wearing a Santa hat. The video showed her nanny giving her a picture of our family and pointing to her "mommy, daddy and brothers". It was great to hear how the nannies pronounced her name too. I have watched that minute video about a thousand times! 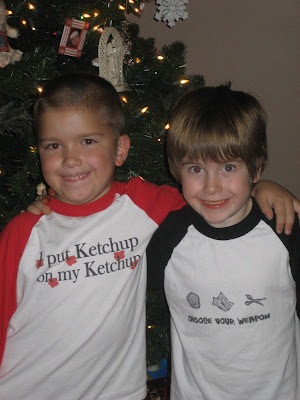 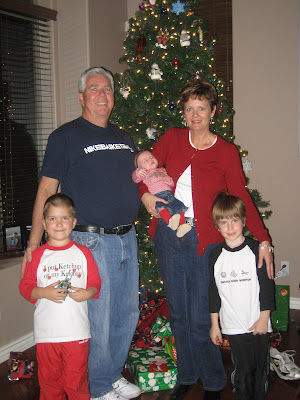 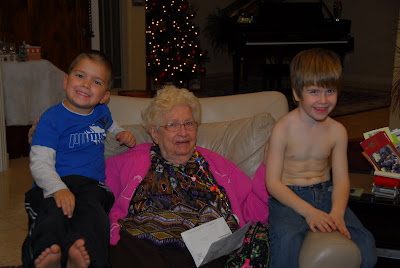 Calvin and Wes with Great-Grandma Fischer 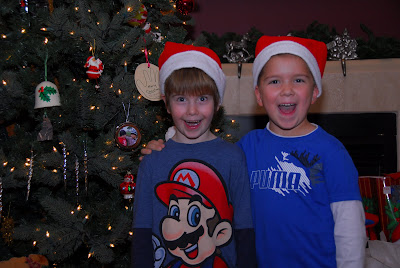 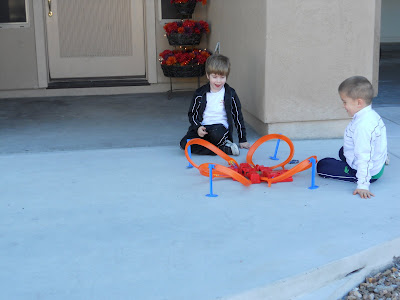 Criss Cross Crash - Wes wanted it so badly for Christmas 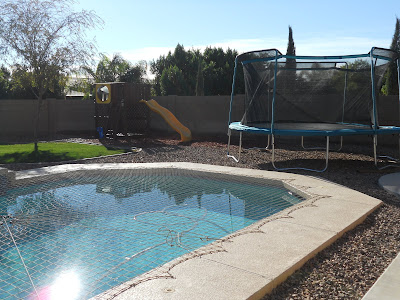 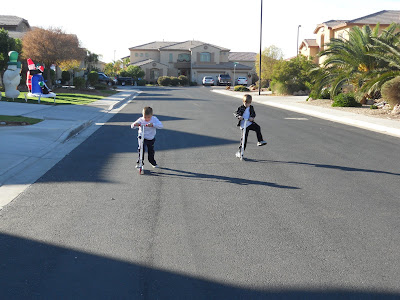 Learning how to ride on the new scooters 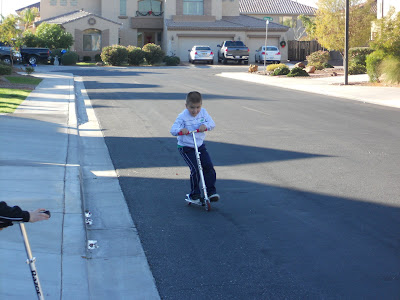 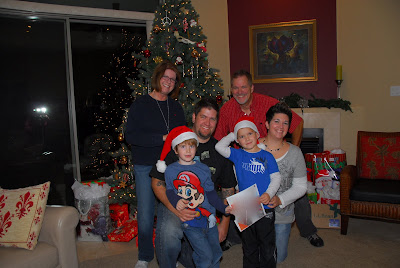 Christmas Eve photograph with Allie (sort of)
Posted by Sabrina Fischer at 12:14 AM